Dear friends,
we’re inviting you to a concert in Palffyho pálac in Bratislava on the 10th of November at 17:00. It’s in the honour of the famous composers, who have a anniversary this year, that’s why is it called “Masters’ honour”. It is organized by a music school of Miloš Ruppeldt. In the concert you may listen to compositons of Tchaikovsky, Bartok, Bach. There will also be a children chorus, that sings Slovak composers’ songs. I will cheer for Sonia Shatokhina, who will play The Seasons of Tchaikovsky. 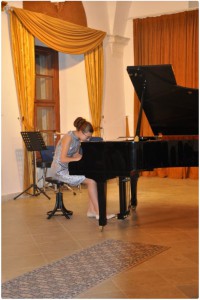