On April the 23rd, exactly 130 years ago, a great innovator was born in Moscow, instilling “awe and terror“ into the contemporaries with his music, according to their memories. It is now that he is perceived as, say, Tchaikovsky, and even the world-renowned conductor Gergiev has called him “Mozart of the 20th century”. Back in his day, Prokofiev had been criticized very often, although his recognition was great as well — he’d been awarded six times with the highest award in the USSR alone!

The Slovak Philharmonic will not pass up Maestro’s anniversary. There are two performances of Alexander Nevsky Cantata planned for July 2021. The only thing that could get in the way are the quarantine regulations, which are hopefully going to be reconsidered by June.
As for me, I’m preparing several of Prokofiev’s romances for recording. Although this time, it is me who is performing the piano part. So I’m going to have a premiere as a pianist! Frankly speaking, the last time I’ve performed as an accompanist was back in the studentship days during a “vocalists-pianists are playing” concert, so I’m a little nervous. Just a tiny bit. 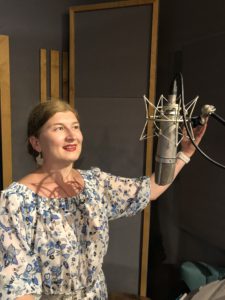