The halls of Slovak Philharmonic were filled with Dvořak’s Stabat Mater this Sunday. An hour and half of infinitely beautiful music could become boring, but not with such conductor. It was Juraj Valčuha with us this evening, a fantastical musician; he brought so much joy to the performers, and hopefully to the audience as well, that we can only hope he comes to Bratislava again. The thing that struck me the most during that concert was the pianissimo of both the orchestra and the choir: an absolute nirvana to experience. Keep in mind, though: you better check on the announcements regularly and as soon as you see his name, get those tickets – you won’t regret it!
P.S.: By the way, he has interned at the St. Peterburg Conservatory as well, so he’s nearly my compatriot! :) 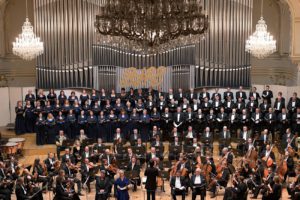 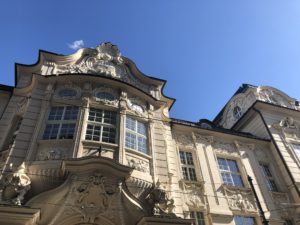