Angels, demons, souls; the orchestra, the soloists and the choir — all of those things in one concert, although twice — on the 5th and the 6th of December in the Slovak Philharmonic in Bratislava. An incredibly beautiful oratorio by Sir Edward Elgar; The Dream of Gerontius. Speaking of which, in the the composer’s homeland, in England, his music is considered a part of the national heritage. A hundred years later the interest in that music has understandably rekindled — it really is beautiful! I really recommend to hear this concert out; the tickets are still available. 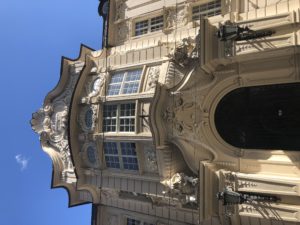